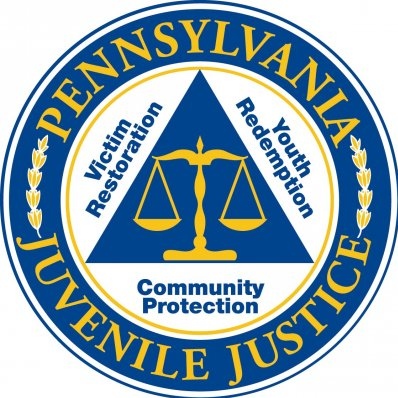 Balanced and Restorative Justice
In January of 1995, Pennsylvania's General Assembly was called into special session to focus exclusively on the issue of crime.  Act 33, which was passed during this session, significantly impacted the Commonwealth's juvenile justice system.  This Act set forth a statutory scheme that excluded designated felonies from the definition of "delinquent act" and placed them within the original jurisdiction of the criminal court.  More significantly, Act 33 also redefined the very mission of the juvenile justice system itself as follows:
"...consistent with the protection of the public interest, to provide for children committing delinquent acts program of supervision, care and rehabilitation which provide balanced attention to the protection of the community, the imposition of accountability for offenses committed and the development of competencies to enable children to become responsible and productive members of the community."
This new purpose clause in the Juvenile Act is rooted in the philosophy of "balanced and restorative justice," which gives priority to repairing the harm done to crime victims and communities and which defines offender accountability in terms of assuming responsibility for the harm caused by his/her behavior and taking action to repair that harm to the extent possible.

At the foundation of this philosophy is the concept that crime victims and the community, as well as juvenile offenders, should receive balanced attention and gain tangible benefits from their interactions with Pennsylvania's juvenile justice system.

The philosophy of balanced and restorative justice is rooted in the following principles: